In Investigations we do Quick Images of dots, 2D and 3D figures. I thought we could incorporate this same routine into our decimal unit to talk about fraction/decimal/percent equivalents. I told the students that each grid equaled 1 and that it was broken into 10 or 100 pieces (just to save time of them counting to verify it). I flashed the grid image on the screen for 3-5 seconds and had students give me a thumbs up when they know how much of the grid was shaded. I asked them to signal with their fingers if they had more than one way to name the amount or an equation of how they saw it.

These were the first images that I did (one at a time) and after each we discussed what they saw. After they said their answer, I was sure to ask “How would you write that?” to be sure if they were seeing it as a fraction or decimal.  It was interesting, but not surprising, that every student gave a fraction.

The first one elicited the 2/10, 20%, every equivalent fraction of 2/10, and eventually 0.2. I asked about the zero in front of the decimal to be sure everyone knew that meant there was not a whole filled. The second elicited much of the same, but also came with 10/10 – 3/10 = 7/10 as the way they remembered how much was there. “It was easier to count the white part.”

The next two went into hundredths and followed the same routine.

We did the first aloud in a Number Talk type setting and then I sent the students back to their seats to write what they could for the fourth image. Here is what they came up with… 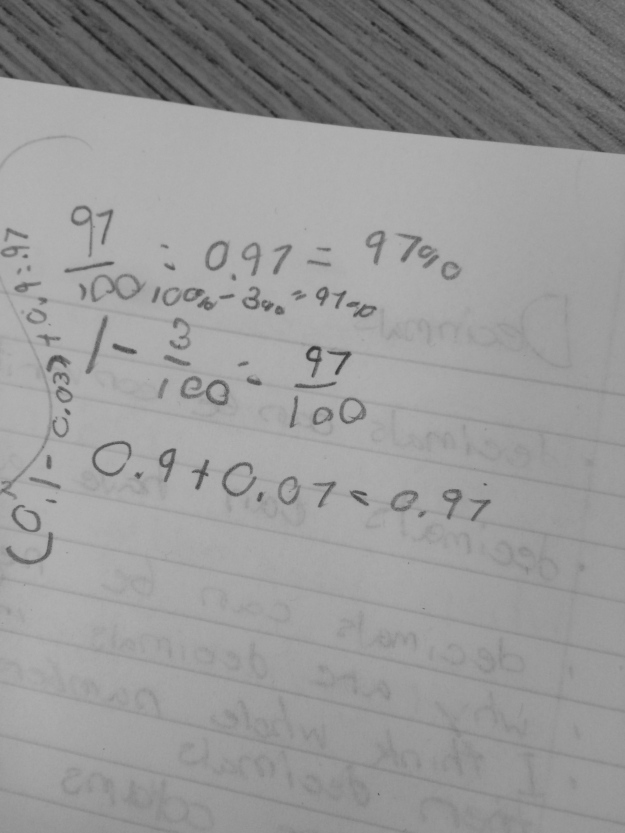 This is a wonderful jumping point for starting Fill Two game tomorrow! I plan on bringing up some of the examples with .9 + 07 to start our classwork!